My Refugees, My Family

The first of my family to arrive on this continent were refugees, French Huguenots fleeing religious persecution, imprisonment and the threat of death in 17th Century France.

Louis XIV gradually increased persecution of Protestantism …, ultimately ending any legal recognition of Protestantism in France and forcing the Huguenots to either convert or flee in a wave of violent dragonnades [quartering troops – dragoons – in Huguenots houses to intimidate and physically abuse the protestants]. (Wikipedia, Huguenots.)

Today is World Refugee Day, which brought to mind my ancestors who left France for England in 1660 and arrived here in 1680, hoping to find the freedom to worship according to their conscience, become fully accepted members of society, and live at peace with their neighbors and with the authorities. 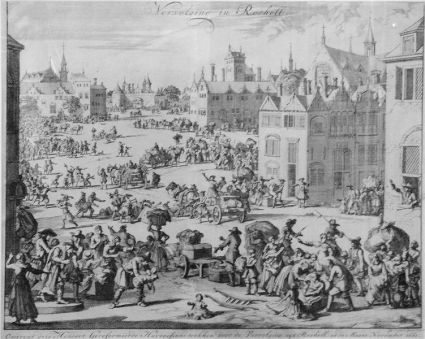 This is the same freedom and peace called for by the U.S. Constitution adopted a century after their arrival.

Congress shall make no law respecting an establishment of religion, or prohibiting the free exercise thereof … . (First Amendment to the United States Constitution.)

The Bible also calls us to freedom in our ability to worship God. Jesus himself said so:

And if a person chooses to follow someone other than Jesus, the Son of God, the Bible says they have the freedom to do so without being prevented by those around them.

Who are you to judge someone else’s servant? To their own master, servants stand or fall. (Romans 14:4a.)

The Bible goes on to say that those who stand in Jesus remain on firm ground.

And they will stand, for the Lord is able to make them stand. (Romans 14:4b.)

For no one can lay any foundation other than the one already laid, which is Jesus Christ. (1 Corinthians 3:11.)

The freedom to choose to worship otherwise than Jesus is what makes the freedom to worship Jesus possible at all, at least when it comes to freedom from government interference.

Once the government begins to pick which religions are worth protecting, even promoting, and which are worth denigrating all hope of freedom is lost – even if your religion is among the favored.

This is what my ancestors learned firsthand. The rulers persecuted them for their faith and promoted the faith of others. The freedom to worship, even for the favored faith, was dependent on the approval of the king. That is no freedom at all.

And so my ancestors became refugees, seeking refuge in a place that eventually became known as the Land of Freedom. Remembering them, their faith, and the welcome they received in this new land is how I want to commemorate World Refugee Day and my fellow descendants of refugees and those seeking refuge now wherever they might be seeking it in this world.

Not like the brazen giant of Greek fame,
With conquering limbs astride from land to land;
Here at our sea-washed, sunset gates shall stand
A mighty woman with a torch, whose flame
Is the imprisoned lightning, and her name
Mother of Exiles. From her beacon-hand
Glows world-wide welcome; her mild eyes command
The air-bridged harbor that twin cities frame.
“Keep, ancient lands, your storied pomp!” cries she
With silent lips. “Give me your tired, your poor,
Your huddled masses yearning to breathe free,
The wretched refuse of your teeming shore.
Send these, the homeless, tempest-tost to me,
I lift my lamp beside the golden door!”
(Emma Lazarus, The New Colossus, 1883.) 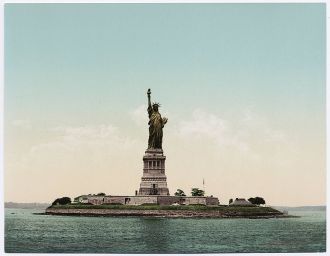 I remember too that in Jesus, the strong foundation rock of our faith, we find our true and eternal refuge.

The Lord is my rock, my fortress and my deliverer;
my God is my rock, in whom I take refuge,
my shield and the horn of my salvation, my stronghold.
(Psalm 18:2.)

He cares for the captives and sets them free, for the oppressed and rescues them from danger.

“The Spirit of the Lord is on me, because he has anointed me to proclaim good news to the poor. He has sent me to proclaim freedom for the prisoners and recovery of sight for the blind, to set the oppressed free, to proclaim the year of the Lord’s favor.”
(Luke 4:18-19.)

The refuge found in Jesus is not just spiritual, but physical. He proved these dual aspects throughout his ministry of healing and teaching. Raising Lazarus from the dead pointed to the truth of eternal life, but it was done by way of actually raising him from the dead. The physical act was not merely incidental. Jesus gave physical life back to Lazarus and turned his family’s suffering into joy.

This is what it means to be free in Jesus, to follow his teachings and his example:

Jesus said, “If you hold to my teaching, you are really my disciples. Then you will know the truth, and the truth will set you free.” (John 8:31-32.)

Very truly I tell you, whoever believes in me will do the works I have been doing, and they will do even greater things than these, because I am going to the Father. (John 14:2.)

To follow Jesus then is to do as he did. I’m glad people did that for my ancestors seeking refuge over three centuries ago.

9 Responses to My Refugees, My Family