This Isn’t My First Metaphysical Rodeo

In my first year of law school I lived in the grad student dorms. Another resident was a Canadian medical student doing a year in California as part of her medical program at McGill University. Susan was from one of the western provinces of Canada and said she missed the riding and rodeos of her home. 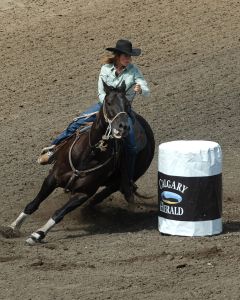 My sister, as it happened, had been working the Grand National Horse Show and Rodeo for years. The Grand National is held in San Francisco every fall and my sister always wants me to stop by, even if stopping by that year meant driving 90 minutes each way from my university. I told Susan of my connection and asked if she wanted to drive down with me.

Sis offered to leave a couple tickets for us at the gate, so we made the trip in my ’72 Ford Maverick. Conversation was what you’d expect: where’d you grow up, what do you think of the university, how many people are in your family. It was as ordinary, predictable and uninspiring as possible. Then, about half way there, Susan asked a question I’d never heard before.

“So Tim, what’s important to you?”

I looked at her, wondering if she’d be sorry she asked if she heard the real answer. So I gave her fair warning.

“This could get pretty metaphysical.” I waited to see how she’d take it.

Her answer pleased me for two reasons. First, she really wanted to talk and not just make conversation. Second, she knew what the word “metaphysical” means, which was good because I’d just learned it a week earlier and had been waiting to use it in a sentence.

Since she’d given me the go-ahead I figured I’d dive right in while I drove right along.

“I believe in Jesus.”

And from there I told her about my faith, how I got there less than a year earlier, and why this was important to me. We talked about spiritual matters the rest of the way to the rodeo. She didn’t get defensive about not having the same beliefs. This was just a conversation where we were each talking about what we thought important.

Being Ready for the Big Question

It reminds me of Peter’s advice:

But in your hearts revere Christ as Lord. Always be prepared to give an answer to everyone who asks you to give the reason for the hope that you have. But do this with gentleness and respect … . (1 Peter 3:15.)

That’s not what happened. But the way it did happen reminds me of another passage.

“My food,” said Jesus, “is to do the will of him who sent me and to finish his work. Don’t you have a saying, ‘It’s still four months until harvest’? I tell you, open your eyes and look at the fields! They are ripe for harvest. Even now the one who reaps draws a wage and harvests a crop for eternal life, so that the sower and the reaper may be glad together. Thus the saying ‘One sows and another reaps’ is true.” (John 4:34-37.)

Susan and I didn’t cross paths much after that and I don’t know what she thought of the conversation, or if she even thought about it again at all. I do know that if something was to come of it God would know how to make that happen. The responsibility for someone else’s spiritual growth is not mine to bear, as Paul said.

I [Paul] planted the seed, Apollos watered it, but God has been making it grow. So neither the one who plants nor the one who waters is anything, but only God, who makes things grow. (1 Corinthians 3:6-7.)

The responsibility I did have – and by God’s grace was able to carry out – was to answer Susan’s question, a literal real life opportunity to follow Peter’s advice to always be prepared to give an answer for my hope in Christ.

And after that whenever someone asked about my faith I could respond with confidence, “This isn’t my first rodeo.”

15 Responses to This Isn’t My First Metaphysical Rodeo