White Privilege Is an Abomination to God

[Updated from the archives.]

I have something my wife doesn’t have. No, I’m not talking about a Y chromosome (although it’s true she doesn’t have one). What I have I didn’t ask for, I didn’t earn, and I don’t deserve.

White privilege. That’s what I have.

The concept of white privilege has been around for decades:

The term denotes both obvious and less obvious unspoken advantages that white individuals may not recognize they have, which distinguishes it from overt bias or prejudice. These include cultural affirmations of one’s own worth; greater presumed social status; and freedom to move, buy, work, play, and speak freely. The concept of white privilege also implies the right to assume the universality of one’s own experiences, marking others as different or exceptional while perceiving oneself as normal.

The universality of white privilege is a controversial topic, but the existence of a privilege based on skin color is hard to deny in specific instances. When you have enough specific instances grouped together it becomes evident that people of differing skin colors experience the same social, economic, educational or political spaces in divergent ways, often to their detriment.

Here’s how that played out for one family:

Yet even though this was a moment when everyone learned something, does that make white privilege itself a good thing in this instance?

I think not. I think white privilege is an abomination to God.

White is Not the Color God Looks for in His People

God has chosen from the beginning to bring people from all over the world into his family. How else could he bring together an uncountable multitude into one nation, as he promised Abraham?

I will make you into a great nation,
and I will bless you;
I will make your name great,
and you will be a blessing.
I will bless those who bless you,
and whoever curses you I will curse;
and all peoples on earth
will be blessed through you. (Genesis 12:2-3.)

I have other sheep that are not of this sheep pen. I must bring them also. They too will listen to my voice, and there shall be one flock and one shepherd. (John 10:16.)

John found out just how large a multitude of people Jesus called together from Israel and from all those other places:

After this I looked, and there before me was a great multitude that no one could count, from every nation, tribe, people and language, standing before the throne and before the Lamb. They were wearing white robes and were holding palm branches in their hands. (Revelation 7:9.)

Can you imagine the skin tones you’ll see in that gathering? The colors will be staggering and, no matter what you look like, there is no privilege in God’s kingdom for people of a particular color of skin:

Here there is no Gentile or Jew, circumcised or uncircumcised, barbarian, Scythian, slave or free, but Christ is all, and is in all. (Colossians 3:11.) 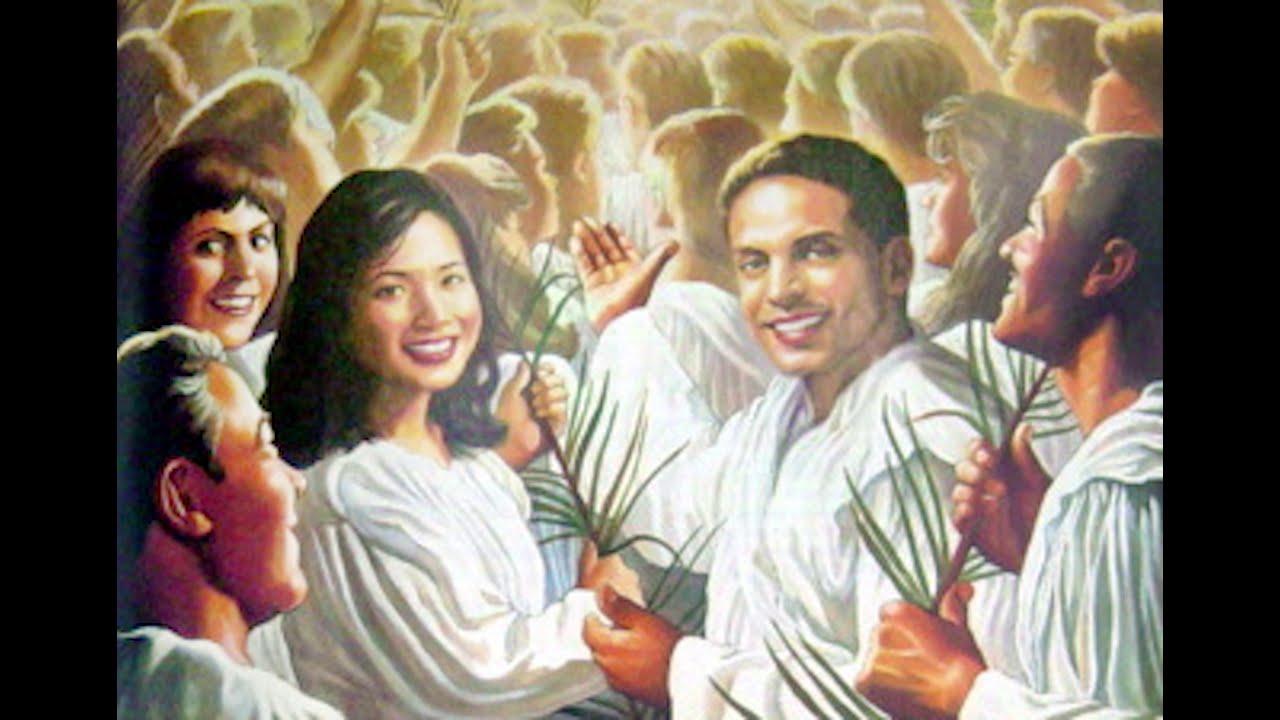 The Only Privilege Worth Having Is Knowing Jesus

I am so looking forward to the day no one will need to remind whites they have a privilege and power they must exercise for the benefit of others, because the only power any of us will need is the powerful majesty flowing from the throne of God.

This is a privilege we all share in right now, as a matter of fact:

the Body of Christ,

the Kingdom of God,

the Fellowship of the Spirit.

What a blessed day it will be when all privilege is cast aside but the privilege of knowing we are Jesus’ own people.

But whatever were gains to me I now consider loss for the sake of Christ. What is more, I consider everything a loss because of the surpassing worth of knowing Christ Jesus my Lord, for whose sake I have lost all things. I consider them garbage, that I may gain Christ. (Philippians 3:7-8.)

26 Responses to White Privilege Is an Abomination to God