Philemon is not about Philemon

Philemon led a house church in Colossae. He was also a slave-owner. Paul wrote his letter to Philemon regarding a runaway slave, Onesimus, who had made his way to Paul’s prison cell where he became a comfort and support to Paul.

It is as none other than Paul — an old man and now also a prisoner of Christ Jesus — that I appeal to you for my son Onesimus, who became my son while I was in chains. Formerly he was useless to you, but now he has become useful both to you and to me.

I am sending him — who is my very heart — back to you. I would have liked to keep him with me so that he could take your place in helping me while I am in chains for the gospel. (Philemon 9-13.)

As a slave, Onesimus took his life in his own hands by running away (Slavery in Ancient Rome) yet somehow made it all the way from Colossae (in what is now modern Turkey) to Rome.

By sending him back to Philemon, Paul increased the risk to Onesimus (both under the slave laws and due to the inherent dangers of ancient travel). Yet Paul felt confident of reconciliation and more.

Perhaps the reason he was separated from you for a little while was that you might have him back forever — no longer as a slave, but better than a slave, as a dear brother. He is very dear to me but even dearer to you, both as a fellow man and as a brother in the Lord. So if you consider me a partner, welcome him as you would welcome me. (Philemon 15-17.)

“Welcome him as you would welcome me.” This request is reminiscent of Jesus’ words late in his ministry:

Truly I tell you, whatever you did for one of the least of these brothers and sisters of mine, you did for me. (Matthew 25:40.)

Paul’s concern for Onesimus reflects the concern Jesus said we are all to have for the little ones in his kingdom. Speaking up for the oppressed is the work of Jesus, as he said in his first synagogue sermon:

He has sent me to proclaim freedom for the prisoners
and recovery of sight for the blind,
to set the oppressed free,
to proclaim the year of the Lord’s favor. (Luke 4:18-19.)

This is why Paul wrote to Philemon. It’s about Onesimus, one of the least of these that Jesus spoke of, a person suffering the oppression of slavery in a cruel empire. It’s about recognizing him as a brother worthy of the same honor Philemon would have accorded Paul.

As Paul wrote to the church in Colossae in an earlier letter, one Philemon must have read as leader over the gathering of God’s people in that city, the church of Christ is not one of hierarchy or division:

Here there is no Gentile or Jew, circumcised or uncircumcised, barbarian, Scythian, slave or free, but Christ is all, and is in all. (Colossians 3:11.)

Onesimus, a small fry,* is in Christ and Christ is in him. That makes Onesimus the same as Philemon – the same as Paul – and he should be treated as such. That’s the point of Paul’s letter.

When it comes to the kingdom of God, small fry are front and center.

But Jesus called the children to him and said, “Let the little children come to me, and do not hinder them, for the kingdom of God belongs to such as these. (Luke18:16.)

Jesus offered protection to the small ones as well:

If anyone causes one of these little ones — those who believe in me — to stumble, it would be better for them if a large millstone were hung around their neck and they were thrown into the sea. (Mark 9:42.)

This is who we all are in Christ’s kingdom: children of God.

So in Christ Jesus you are all children of God through faith. (Galatians 3:26.)

This is why Paul wrote his letter to Philemon.

It’s a lesson for today as well. You are as beloved of God as Onesimus is. Don’t let anyone tell you different. 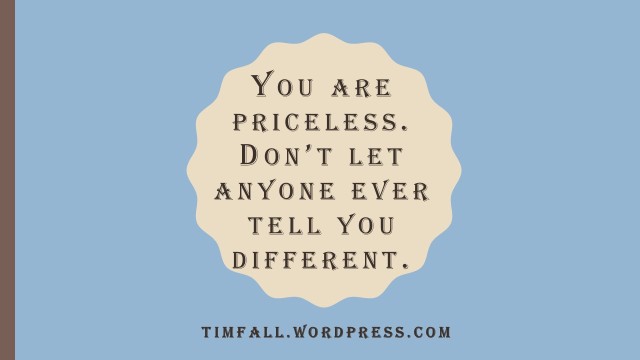 This entry was posted in Uncategorized and tagged Jesus and the Children, MInistry of Reconciliation, Onesimus, Philemon. Bookmark the permalink.