When Courts and Church Collide and Divide

One of the first things we learned in law school was the difference between courts of law and courts of equity. 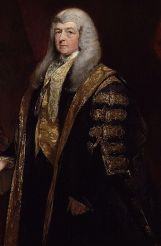 Law courts in England applied strict rules of law to decide criminal matters or civil cases where someone claimed another person owed them money. Equity courts (also known as chancery courts, since they were headed by the king’s Chancellor) applied equitable principles – or principles ruled by conscience rather than laws – to decide cases concerning trusts and wills, guardianship of minors, and other matters where the parties were not asking for money as compensation for damages or criminal activity was not at issue.

Law courts used juries to decide cases while equity courts rendered judgments without the use of a jury. A judge in a court of law would instruct the jury on the law that must be applied in order to reach a verdict. Courts of equity, on the other hand, were not bound by the law but could decide a case based on what the judge considered to be the most fair result for the parties.

The Ancient Lineage of the Court System

This division of courts has an ancient lineage, tracing back almost 3000 years to the days of ancient Israel.

In Jerusalem also, Jehoshaphat appointed some of the Levites, priests and heads of Israelite families to administer the law of the Lord and to settle disputes. …

Jehoshaphat might not have established the first two-court system, but it’s the earliest one I’ve come across. When he spoke of matters concerning the Lord he likely meant the Levitical laws, from the Ten Commandments through how to treat widows, orphans and aliens living in the land. Matters concerning the king might be what we consider civil and criminal cases, and while these were also addressed in the laws Moses gave the Israelites there could be other laws and rules that the king decreed to govern the people.

He gave them these orders: “You must serve faithfully and wholeheartedly in the fear of the Lord. In every case that comes before you from your people who live in the cities—whether bloodshed or other concerns of the law, commands, decrees or regulations—you are to warn them not to sin against the Lord; otherwise his wrath will come on you and your people. Do this, and you will not sin.” (2 Chronicles 9:9-10.)

The old equity and law courts in England also did not share jurisdictions with one another but they did have an overall guide: they each acted on behalf of the monarch. The King or Queen, in turn, was considered to be acting on behalf of God, ruling by divine right.

In my state we no longer have a divided court system. Different judges may handle different case types but what that case type is changes from year to year as we change assignments (over the past 21 years I’ve handled criminal, civil, family, probate and just about anything else you can imagine being in a trial court). Each judge has jurisdiction to hear any type of case that comes in the courthouse, which comes in handy when we need to cover for each other.

There are remnants of the old system still involved, though. Guardianships, trusts and other cases from the equity system are heard by a judge without a jury. Criminal charges, personal injury and other cases at law are tried to a jury for a verdict. My current assignment involves both types of cases, and I also have an overarching guide to hearing them: do what’s right within the legal principles that apply to the case, no matter what type of case it is.

Judging really hasn’t changed that much over the years.

I’ve written about being a judge a few times:

My life as a Judge: Courts, Due Process and Getting it Right

A Trial Court Judge On The Ins And Outs Of Judging

6 Responses to When Courts and Church Collide and Divide