Seeing Me For Who I Really Am Scares Me To Death 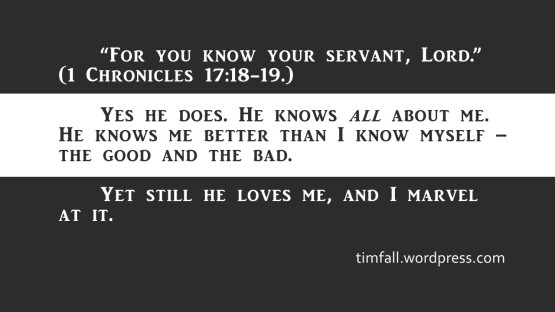 Some people just aren’t who – or what – they are labeled. Take this young man, for instance: not a real judge (but he did end up in front of one soon enough!). 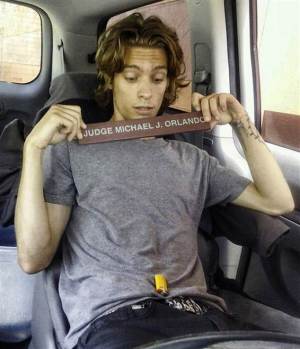 Others are misrepresented on purpose but for completely lawful purposes, like models in ads on billboards, television and the internet. You do know that photographs of models – and movie stars too (poor Julia Roberts, getting her ad banned in England) – are airbrushed extensively before the advertisement ever gets published, right? Even the models themselves don’t look like the models you see in magazines. 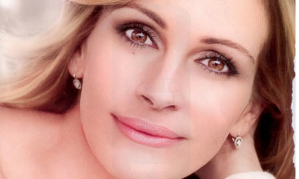 Julia Roberts in the banned ad. Look at that flawless skin!

Here’s another way to photograph models for magazine and billboard advertisements: either show the models as they are, or tell everyone the photo’s a fake. I wonder what that would do to the fashion industry.

Do any of us really want to see others as they truly are? Or perhaps more to the point, do I want others to see me as I truly am? I probably … no, I definitely do not. Not only is it a bit unnerving to think someone could learn things about me that I know are terrible, it’s not so hot for the person doing the observing either. Yet there is one person who knows me, and I’ve come to learn over the years that there’s no reason to regret it.

Many of us are familiar with Psalm 139 and the assurance that God knows every fiber of our being. That passage is comforting; it’s all about babies and being formed in our mothers’ wombs. (I wrote on that a while back.) I recently read something about David, though, that really opened my eyes to the fact that God not only knows us well, he knows the darkest corners of our lives really well.

David lived in a palace. That was all right with him, but he felt that it was inappropriate that he did so when he had not built a grand temple for the Ark of the Covenant, the seat of the holy God of Israel, to rest in. But Nathan the prophet delivered God’s message, that he had other plans for David:

“Now then, tell my servant David, ‘This is what the LORD Almighty says: I … appointed you ruler over my people Israel. I have been with you wherever you have gone, and I have cut off all your enemies from before you. Now I will make your name like the names of the greatest men on earth. …

“‘I declare to you that the LORD will build a house for you: When your days are over and you go to be with your ancestors, I will raise up your offspring to succeed you, one of your own sons, and I will establish his kingdom. He is the one who will build a house for me, and I will establish his throne forever. … I will set him over my house and my kingdom forever; his throne will be established forever.’” (1 Chronicles 17:7-14.)

A lot of people who get news like this might wonder how it could be true, and hope that whoever made these promises wouldn’t reconsider. We think, “If they only knew what I was really like, they’d change their mind and give it to someone else.” That’s not what David thought, though. Instead, he told God:

“Who am I, LORD God, and what is my family, that you have brought me this far? And as if this were not enough in your sight, my God, you have spoken about the future of the house of your servant. You, LORD God, have looked on me as though I were the most exalted of men. What more can David say to you for honoring your servant? For you know your servant, LORD.” (1 Chronicles 17:16-19.)

And that’s what hit me like a blow to the head: For you know your servant, LORD.

Yes he did and yes he does. He knew all about David and he knows all about me. He even knows me better than I know myself. Yet he chose me and he loves me. And because I know he knows all about me, I don’t have to worry that his love for me is temporary or that it might be taken away the moment he discovers my darkest secrets. No, God chose me in spite of my sinfulness, in spite of my darkness. He really loves me.

I am so glad God knows his servant.