Sheerah – the woman who led men to victory

She-Ra is from an odd period of pop culture at least to me: my law school days. When I was in college, music and movies and television played a large part in my life. Later after I got married, pop culture again became prominent albeit with a very young skew; let’s just say that I knew every line of dialog from every Barney episode by heart.

But the mid to late 1980s is a desert for me when it comes to pop culture. While I was vaguely aware of  something called Masters of the Universe, I didn’t know much more than that there it included the characters He-Man and She-Ra. 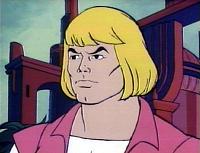 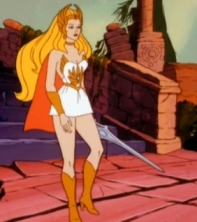 Sheerah – the woman who led men to victory

Upper and Lower Beth Horon are a pair of villages a few miles northwest of Jerusalem. The Bible first mentions them in the tenth chapter of Joshua when the Israelites  enter Canaan and do battle with the inhabitants:

Israel pursued them along the road going up to Beth Horon and cut them down all the way to Azekah and Makkedah. (Joshua 10:10.) 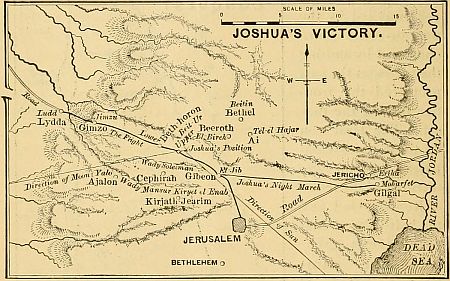 The twin villages stood two miles apart, one on the heights and one below in the valley, along the road from Jericho on the Jordan River to the Mediterranean Sea. (Bible Hub.) Whoever controlled this route controlled the center of Canaan.

It turns out Joshua and the Israelites had more than one good reason for wanting to take over that part of the country: Beth Horon was theirs to begin with. This genealogy provides the clues.

The descendants of Ephraim: …

His daughter was Sheerah, who built Lower and Upper Beth Horon as well as Uzzen Sheerah. (1 Chronicles 7:21, 24.)

Ephraim was the grandson of Jacob who had adopted Ephraim as his own, giving him equal standing with Judah and Levi and the other sons of Jacob. Even though Ephraim had many male descendants it was given to Sheerah to establish these towns, exercising authority usually ascribed to men in those patriarchal times.

So when Joshua led Israel into Canaan after centuries in exile in Egypt, the first city they took was Jericho on the eastern border of Canaan and then they proceeded west to the sea, making sure to capture the twin villages guarding the center point of this important trade route.

We see that Upper and Lower Beth Horon are later allotted to the tribe of Ephraim as their territory to inhabit in the Promised Land. (Joshua 16:5.) And why not? After all, Ephraim’s own daughter created them, and I would imagine the people in the tribe of Ephraim – men and women alike – wouldn’t let anyone forget it.

They probably looked on Sheerah as one of their heroes. She’s certainly one of mine.

It’s right there in the Bible.

This entry was posted in Uncategorized and tagged Beth Horon, Conquest of Canaan, Ephraim, He-Man, She-Ra, Sheerah. Bookmark the permalink.

27 Responses to Sheerah – the woman who led men to victory