When Women Speak, Men Ought To Listen

[I am so glad to host Laura Droege. She’s a wonderful writer who touches upon the vulnerabilities of life and the strength of faith, and I practically leapt out of my seat as I finished reading this piece she’s given us today.]

The Sunday school hour had just ended, and I sat in the church pew, seething.

After a year-and-a-half of searching, my family has landed in a conservative Presbyterian church. I like it—mostly. No church is perfect. But on this particular Sunday, I was frustrated. It wasn’t what had been said; it was who hadn’t said anything. The women.

The women remained silent. The men carried the entire discussion. With few exceptions, this is the norm for this church.

The night before, I’d been talking to my twelve-year-old daughter. “Do you feel comfortable speaking up in class?” I asked.

“The boys might laugh at my opinion. Or interrupt me.”

“Has that happened before?”

My heart broke. Here’s my child, who has all As, tests well above average, and is considered gifted by teachers and administrators, and she hesitates to speak because a boy might interrupt her. It’s the same treatment I received from my male classmates at a Christian college.

Use my ideas without acknowledging me, often to the accolades of the professor, who had ignored my previous comment.

So after this unsettling conversation with my daughter, the silence of the XX contingent in the room made me angry. But why hadn’t I spoken? It wasn’t fear. Finally, I realized this:

In this class, everything was designed by a man for a man.

Because most of the men in my area are engineers, that means the pattern of a class “discussion” is linear: logical progression from one idea to the next. If I’d taken notes, there would be a lovely, neat outline on my paper.

But my thoughts are not linear. I’m a lateral thinker: free-wheeling, diagonal or upside down, story driven. (I can always think of a novel to go along with any discussion.)

I can follow a linear discussion, but it’s difficult to enter it. From personal experience, I know that my blurted out thoughts tend to be considered incoherent or misunderstood by the engineer types. By the time I gather my thoughts into a form that they’d recognize, the discussion has moved on and my remarks are irrelevant.

(This isn’t to say that the linear/lateral thinking dichotomy firmly corresponds to a male/female gender division. Women can think in linear ways; men can think in lateral ways. But in my community, where most of the men are engineers and the like, this division is typical.)

So despite passionately wanting to share my thoughts, I remained silent, and so did the other women.

If there were women in prominent positions of leadership in this church, I wouldn’t mind quite so much. But the elders and deacons are male.

If there were women participating in leading the service, I wouldn’t mind so much, either. But aside from a woman playing the keyboards and a woman vocalist, the service is conducted by men.

No wonder the women are silent. We don’t hear women’s voices.

No wonder I feel silenced. My way of thinking doesn’t mesh with theirs.

All week, I pondered this. I wrote in my journal. I ranted to my husband. I cried on the phone to my mother for two hours. I got a migraine more than once. I poured over egalitarian blogs. I reread all the pertinent Scriptures. I shook my fist at God.

What did I want? There was no use complaining about a problem unless I had ideas for a solution. If I had to settle for less than my full desire—ordination of called and gifted women for all church offices—what would satisfy me?

“Well,” I began, rummaging through my thoughts, “I’d like women to be visible during the service. Read Scripture or pray or lead the responsive readings. Things like that.”

So now the question was this: Would I be willing to speak, or would I stay quiet, silencing myself more easily than anyone else ever could?

As always, fear crept into my heart. What if I speak and everyone rejects me? What if people misunderstand? What if I stand alone?

Years ago, I spoke up on an issue in a women’s Bible study. I never expected much of a response; I never expected to be attacked by this circle of women, all of whom knew me. But that’s what happened.

There were probably other women who agreed with my position.

There were even more who were uncomfortable with how vicious the attack became.

I was almost in tears. I was speechless, and I was definitely hurt. But other than my mother, no one was willing to stick her neck out, defend me, and risk generating conflict. That’s not what nice southern church women do, or so we’ve been taught.

What if I spoke now and that happened? Could I survive that response?

Yet suppose I stayed silent. I would be allowing my daughters, not just myself, to be silenced, sending the message that their voices aren’t as valid or valuable as men’s. I don’t want them to be forced into the mold of good little Christian girls who don’t stir up controversy, allow others to speak for them, and aren’t willing to stand alone against a tide of evil.

If I wanted them to be that type of Christian, I had a responsibility to model it for them.

If I didn’t speak up now, when the only consequence might be indifference or criticism or social ostracization, what would I do when the stakes were higher? When something else—when my faith in Christ—was challenged?

To be more precise, I completely sabotaged the Sunday school lesson on corporate worship.

The teacher, our associate pastor, asked us to list some of the “distinctive features” of our Presbyterian worship service. The usual ones were trotted out: responsive readings, corporate confession, no altar call. I raised my hand. “This isn’t just this church, but all the conservative churches I’ve been in. It’s male dominated.”

Total silence. This insertion of gender into a church discussion was shockingly unpresbyterian.

I persisted. “Think about it. The singing is led mostly by men. Men pray. Men lead the responsive readings. Men preach. Men serve communion. Men pass the offering. As a woman, I feel like there’s no place for my voice.”

Finally, there was movement. Several men spoke, though I can’t recall all the twists and turns of the conversation that followed. One man, a former pastor in this denomination, responded, “In many metro areas, there are PCA churches where women are filling those roles. Not the ordained offices, but the roles.”

“So why not here?” I countered.

Some of the twists were predictable, some not. Predictable: reading Bible verses. Unpredictable: respectful tones, honest questions, and men taking my concerns seriously.

Ironically, only men spoke. The women stayed hush. Besides me, of course. The atmosphere was tense. Among the leaders, there seemed to be dueling desires: discuss my concern and satisfy the tacit concern among the complementarians that the church was remaining firmly Scriptural in its teachings, wasn’t rebelling against denominational regulations, and wasn’t on that slippery slope toward female ordination.

After class, several men came to talk to me: an elder, two deacons, and the former PCA pastor, all leaders in this church and all men I respect. All were in agreement that the Bible doesn’t allow women to be church officers.

But all affirmed, to varying degrees, that women can have roles in church leadership. One said that he’d like to see women leading responsive readings or reading Scripture in the service. As he rightly pointed out, we have women CEOs, doctors, and others who have leadership skills, and pointing them toward nursery duty or casserole baking doesn’t work.

At one point, a deacon said, “I’m glad you brought this up. That took a lot of courage.”

I’m glad you brought this up. That might be one of the best responses I could have asked for: affirmation that my voice, my voice as a woman, matters. 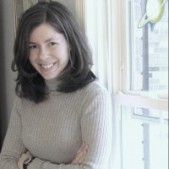 Laura Droege is a wife of a rocket scientist, a mama of two daughters, and a novelist with three manuscripts in search of a good publishing home. She holds a graduate degree in literature and taught English as a second language for four years. Now she stays home with her kids, writes fiction, and blogs at lauradroege.wordpress.com.]

This entry was posted in Guest Post, Uncategorized and tagged complementarianism, Egalitarianism, Laura Droege, women in church. Bookmark the permalink.

44 Responses to When Women Speak, Men Ought To Listen