[I am pleased to have a special New Year’s Eve guest post from Ellen Mandeville, whose tweets are always worth your while. Please help me welcome her to the train wreck for her first blog post!]

Sometimes what we are teaching our children by example seems innocent enough, but might actually be leading them into episodes of disaster. Such was the case with me and New Year’s Eve. This year, as with many years past, I plan to be fast asleep long before midnight.

The other day on Twitter, Lindsey Bridges asked, “What are some fun #NYE traditions you have with your #kids?” Her question got me thinking about how my personal New Year’s Eve beliefs developed and some of the experiences they led to.

I don’t know how old I was when I started staying up until midnight with my mom and siblings to watch the ball drop in Time’s Square, New York. Dad, the early riser, was smart enough to be asleep in bed. Never mind that the ball had actually dropped three hours earlier than when we watched it in Southern California, it was fun to stay up so late. One year, two of us got out musical instruments and attempted to serenade the neighborhood with Auld Lang Syne just after midnight. I have no idea if anyone heard or not; it was completely quiet except for our baritone and flute.

And then I got a bit older and started going to parties to ring in the New Year. One year there was a big dance at the mall where my friends and I liked to hang out. My biggest quandary that night was the fact that I didn’t want to carry a purse, but didn’t have a pocket for my lipstick. I ended up tucking it into a planter and visiting it occasionally.

A few years later, I found myself in an entirely different situation. At a party with a good friend, we met up there with her boyfriend and another of their friends. I’ll call him Jake. I didn’t know anyone else at the party. My good friend decided to leave soon after midnight with said boyfriend and asked if I could get a ride home with Jake. He was like a brother to her and seemed to be a decent guy. “Sure, why not?” I responded.

Soon I was making my goodbyes to a few people I had chatted with. Being in a happy, exuberant mood, I was giving hugs. One man decided a hug wasn’t enough, so he gave me a big kiss, which included shoving his lower lip between mine. GROSS!!!

I hurried over to Jake, conveyed how disgusted I was and we made a quick getaway. Somehow that quick getaway, turned into let’s keep going really fast and crazy; here, you take the wheel!

Sitting in the passenger seat with my feet planted against the passenger door, I leaned across Jake and was steering while he controlled the gas and brake pedals. Well, mostly the gas pedal. We were flying! It was fun! It was exciting!

And excitement is what I was looking for on New Year’s Eve, wasn’t it? It’s what I had been taught to look for on those nights way back when I was young and could first stay up until midnight to watch the ball drop in Time’s Square. There must be something special to be found on New Year’s Eve because everyone was staying up late to find it. Right?

I was fortunate that night with Jake, because he really was a decent guy. After our crazy dual driving we ended up back at his house. And while he did try to convince me to do what the sane part of me knew was not in my best interest, he was decent enough to be polite and drive me back to my car at my request.

Which brings me to where we can find true change. We just celebrated the Author of true change invading our world.

“The perfect, fulfilling, satisfying life—the life that we’re all, one way or another, striving to find—was offered to us at the first Christmas.” (Carl Laferton, Christmas Uncut, p. 49, U.S. 2013 edition.)

Isn’t that what we’re looking for in our New Year’s celebrations and resolutions—a more fulfilling, satisfying life? We won’t find it simply because we took one calendar off the wall, put up another and screwed up our will to make a few resolutions. Nor will we find it in the ideal mate found at a New Year’s Eve party.

Hope Beyond the Hype

A more fulfilling, satisfying life is only found in a relationship with the One who created us. 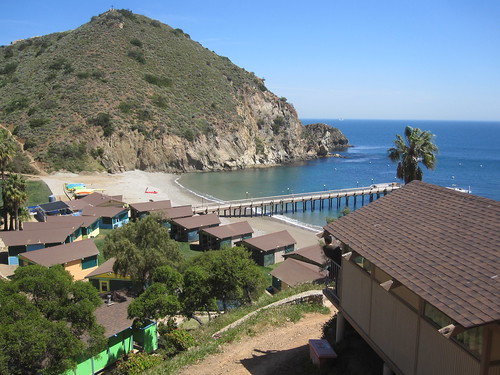 At a YMCA camp—Camp Fox on Catalina Island in Southern California—Smitty, an excellent director, took that passage and replaced the references to Jesus with Jesus’ name:

Other cultures mark spring as the beginning of the year. Springtime: the death of winter is being overcome by new life. The western Christian church celebrates Easter on the first Sunday after the first full moon after the Spring Equinox. Perhaps instead of “Happy New Year!” or “Happy Easter!” we can teach our children to say “Happy New Life!” on Easter Sunday. Because it is Jesus’ death on the cross and resurrection from the grave that overcomes the sin that ensnares us from living the contented, fulfilling life we all want.

It is through Christmas—God invading our world—and through Easter—God overcoming the sin which causes all disease, selfishness and criminality—that we can discover and know real, lasting and fulfilling change.

New Year’s Without the Hype

My husband, Todd, grew up in a family that went to sleep at a normal hour on New Year’s Eve and then woke up and said “Happy New Year” on New Year’s Day. Such an approach now makes sense to me. When we make New Year’s a night of excitement, what are we teaching our children? And to what lengths will they take their search to find that excitement when they grow older?

My best New Years’ experience happened in 2001 when the New Millennium was ushered in. Because my husband and I were sailing in New Zealand, it was summertime. We were en route from Bay of Islands in the far north to the port town of Whangarei a bit further south.

On December 31st, 2000, we had clawed our way south during a challenging day of sailing and dropped anchor in well-protected Tutukaka Harbour. Being exhausted, we went to sleep and heard none of the festivities that must have ensued from the plethora of boats anchored all around us. In the morning I awoke to the sound of the anchor chain being raised.

Climbing out of bed and lumbering up to the cockpit, I discovered that we were under sail. It was a clear, gorgeous summer morning as we set our sails to steer a course between the protecting headlands to the open ocean. Rather than sleeping to all hours and nursing a hangover the rest of the day, I far preferred having slept well and being able to greet the morning with clear-eyed alertness.

I hope to teach our children to value such experiences as well.

What do you hope for at New Year’s?
What does this reveal to you about your relationship with Christ?